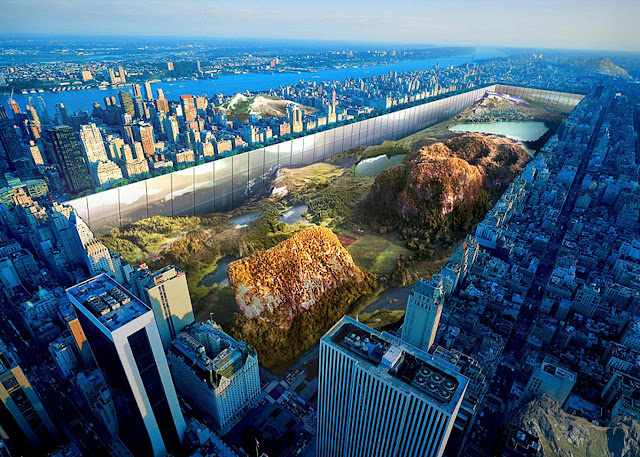 The E-Volo skyscraper competition just announced its winners. Mega structures are almost always viewed idealistic and it is precisely the fact that they meet the line between what is real and what is utopian that makes such works inspirational. This year most of the works were dedicated on the emergence of the smart city. Sensors, BiG Data, Drones domination; and always winking at sustainability.

But do Big Data equal Big structures? Unlike previous entries, this year's projects present skyscrapers that have a purifying role for the city, but are not habitable. They are gigantic structures designed to host technology or "environment". In the year of the refugee crisis and informal settlements, will we need to create homes for sustainable machines?

The first price went to Yitan Sun and Jianshi Wu for "New York Horizon" (cover). The project questioned the traditional perception of what is a skyscraper and designed a sunken mega-structure to reveal mountains and landscapes that are now hidden under the surface of Central Park. The landscape as a hidden ancient temple it is exposed and exhibited, referring to the recent theories of preservation and the need to preserve cultural heritage.

A personal favourite, the second price by Hadeel Ayed Mohammad, Yifeng Zhao, and Chengda Zhu creates a terminal station for commercial and personal drones, forming a "bee hive", as a humorous comment to the rise of the drone tribe. While the third price, creates a vertical data storage in Iceland.

Very interesting is the "Cloud Craft: Rainmaking Skyscraper" by Michael Militello and Amar Shah which seeks to create a gigantic rain making machine, located (where else..) in California. The pair managed to point out an interesting fact. The concept of rainmaking skyscrapers may sound happy and utopian, but the idea of huge machine-type structures which their only function is to improve the environment is somewhat contradictory. Almost like saving seals with guns. Which is why their original conceptual image is set in a dystopian city, while the design of the rainmaker skyscrapers, directly refer to high-tech polluting factory pipes.

It is a fact that electronic waste is a serious challenge for the new age and recycling/self-repairing is now in the priorities of many smart systems. However, is the problem actually being addressed?
The hype of the new age is coming much faster than the realization of such and there is almost no time for the development of a theoretical background. That is why there is a tendency to turn to smaller rather than bigger.

View the submissions below>> 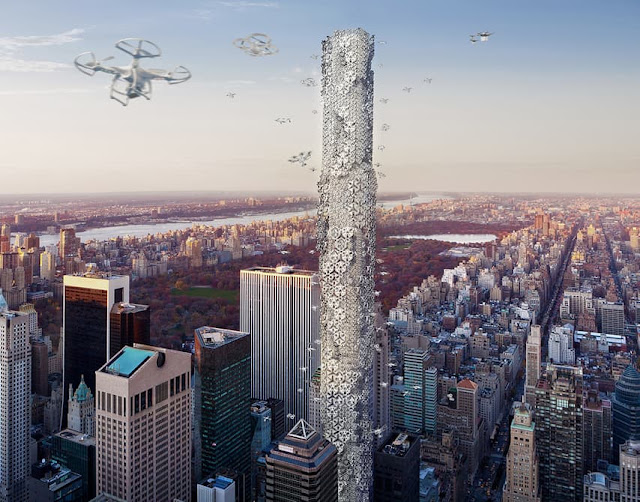 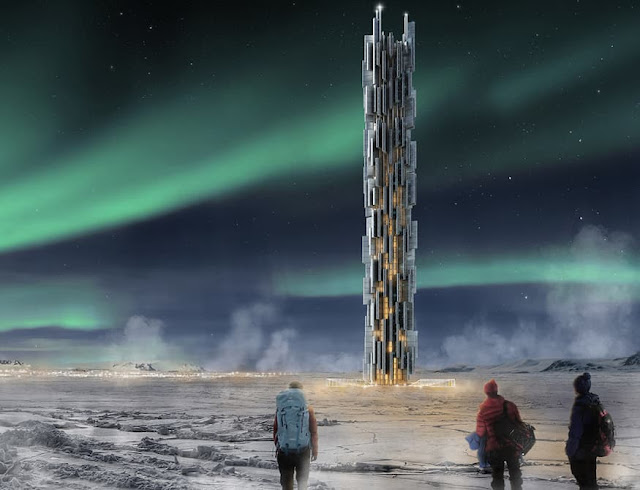 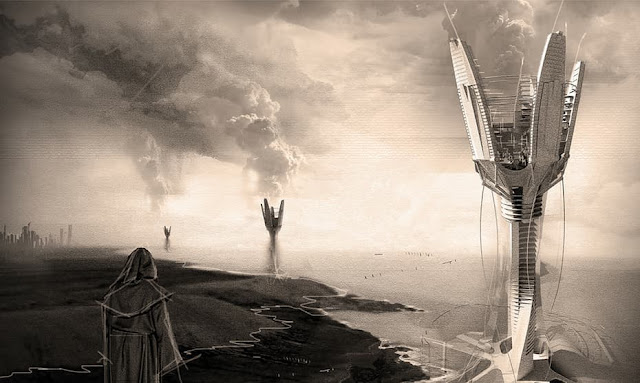 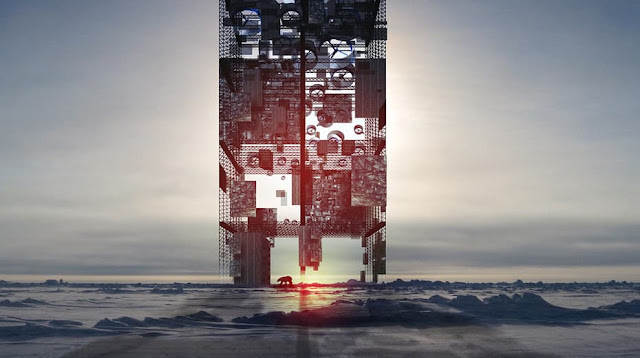 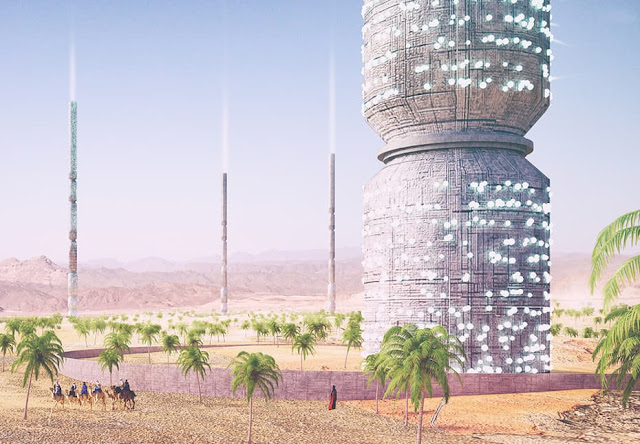